The Virgin and the Child- Notre-Dame Church- Auxonne

3D
Scan The World
2,038 views 348 downloads
7 collections
Community Prints Add your picture
Be the first to share a picture of this printed object
0 comments

The Virgin and the Child- Notre-Dame Church- Auxonne

This statue of the Virgin and Child was made in the beginning of the 15th Century. Placed until 1969 on top of the Church's doorway, the Virgin with the Child is probably the virgin of the door of Pantesson (1447) which was destoryed in the 17th Century.

This copy was made by Ernest-Albert Velten.

The Church of Notre Dame stands in a commune in the Cote-d'Or Department in Burgundy. Construction began in the 13th Century, incorporating many architectural styles. Many of the statues disappeared during the French Revolution and were remade under the Second Empire. 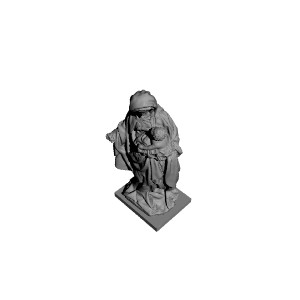