The Virtue of Prudence at The National Art Museum, Catalonia

3D
Scan The World
1,506 views 69 downloads
Community Prints Add your picture
Be the first to share a picture of this printed object
0 comments

The Virtue of Prudence at The National Art Museum, Catalonia

Prudence was considered by the ancient Greeks and later on by Christian philosophers, most notably Thomas Aquinas, as the cause, measure and form of all virtues. It is considered to be the auriga virtutum or the charioteer of the virtues.

It is the cause in the sense that the virtues, which are defined to be the "perfected ability" of man as a spiritual person (spiritual personhood in the classical western understanding means having intelligence and free will), achieve their "perfection" only when they are founded upon prudence, that is to say upon the perfected ability to make right decisions. For instance, a person can live temperance when he has acquired the habit of deciding correctly the actions to take in response to his instinctual cravings.

Its function is to point out which course of action is to be taken in any concrete circumstances. It has nothing to do with directly willing the good it discerns. Prudence has a directive capacity with regard to the other virtues. It lights the way and measures the arena for their exercise. Without prudence bravery becomes foolhardiness; mercy sinks into weakness, and temperance into fanaticism. Its office is to determine for each in practice those circumstances of time, place, manner, etc. which should be observed, and which the Scholastics comprise under the term "medium rationis". So it is that while it qualifies the intellect and not the will, it is nevertheless rightly styled a moral virtue.

Prudence is considered the measure of moral virtues since it provides a model of ethically good actions. "The work of art is true and real by its correspondence with the pattern of its prototype in the mind of the artist. In similar fashion, the free activity of man is good by its correspondence with the pattern of prudence." (Josef Pieper) For instance, a stockbroker using his experience and all the data available to him decides that it is beneficial to sell stock A at 2PM tomorrow and buy stock B today. The content of the decision (e.g., the stock, amount, time and means) is the product of an act of prudence, while the actual carrying out of the decision may involve other virtues like fortitude (doing it in spite of fear of failure) and justice (doing his job well out of justice to his company and his family). The actual act's "goodness" is measured against that original decision made through prudence.

In Greek and Scholastic philosophy, "form" is the specific characteristic of a thing that makes it what it is. With this language, prudence confers upon other virtues the form of its inner essence; that is, its specific character as a virtue. For instance, not all acts of telling the truth are considered good, considered as done with the virtue of honesty. What makes telling the truth a virtue is whether it is done with prudence. 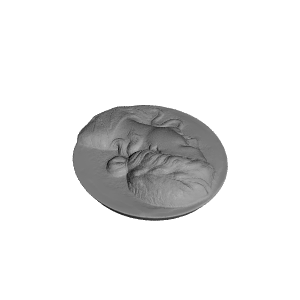 ×
0 collections where you can find The Virtue of Prudence at The National Art Museum, Catalonia by Scan The World