The Visitation at the Louvre museum, Paris

3D
Scan The World
2,735 views 139 downloads
Community Prints Add your picture
Be the first to share a picture of this printed object
0 comments

The Visitation at the Louvre museum, Paris

This is a life size marble sculpture from the 12th century. It depicts the story when Mary is pregnant with Jesus and Elizabeth is pregnant with John the Baptist. Mary left Nazareth immediately after the Annunciation and went "into the hill country...into a city of Judah" to attend her cousin Elizabeth. There are several possibilities as to exactly which city this was, including Hebron, south of Jerusalem, and Ein Karem. The journey was about 100 miles and Elizabeth was in the sixth month before Mary came. Joseph probably accompanied Mary to Judah then returned to Nazareth, and came again after three months to take his wife home. The apparition of the angel, mentioned in Matthew 1:19-25, may have taken place then to end the tormenting doubts of Joseph regarding Mary's maternity. In Catholicism, it is held that the purpose of this visit was to bring divine grace to both Elizabeth and her unborn child. Even though he was still in his mother's womb, John became aware of the presence of Christ, and leapt for joy as he was cleansed from original sin and filled with divine grace. Elizabeth also responded and recognised the presence of Jesus, thus Mary exercised her function as mediatrix between God and man for the first time. 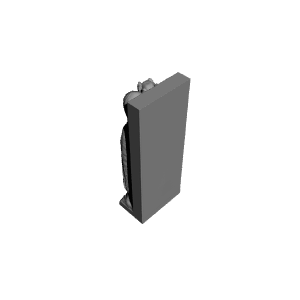 ×
0 collections where you can find The Visitation at the Louvre museum, Paris by Scan The World