The White Greyhound of Richmond

The White Greyhound of Richmond

This sculpture depicts The White Greyhound of Richmond, one of the Queen's Beasts.

The White Greyhound of Richmond was a badge of John of Gaunt, Earl of Richmond, son of Edward III. It was also used by Henry IV and especially by Henry VII. The Tudor double rose can be seen on the shield, one rose within another surmounted by a crown. It symbolizes the union of two of the cadet houses of the Plantagenet - York and Lancaster. 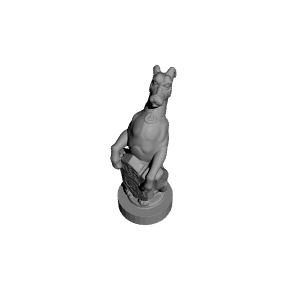 ×
2 collections where you can find The White Greyhound of Richmond by Scan The World
×
Phil
@Fatmuppet
3
Printed on: Dremel
Material: PLA
Posted at: 05th October 2022