The White Horse of Hanover

3D
Scan The World
1,979 views 185 downloads
1 collection
Community Prints Add your picture
Be the first to share a picture of this printed object
0 comments

The White Horse of Hanover

This sculpture depicts The White Horse of Hanover, one of the Queen's Beasts.

The White Horse of Hanover was introduced into the Royal Arms in 1714 when the crown of Great Britain passed to the Elector George of Hanover. This grandson of Elizabeth Stuart, sister of Charles I, became George I, King of Britain, France and Ireland. The shield shows the leopards of England and the lion of Scotland in the first quarter, the fleur-de-lis of France in the second and the Irish harp in the third quarter. The fourth quarter shows the Arms of Hanover 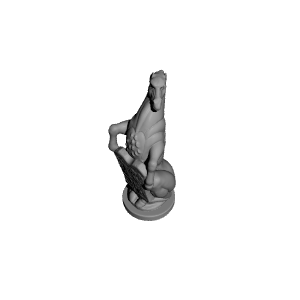