The White Obelisk at The British Museum, London

3D
Scan The World
6,675 views 268 downloads
2 collections
Community Prints Add your picture
Be the first to share a picture of this printed object
0 comments

The White Obelisk at The British Museum, London

The White Obelisk of Ashurnasirpal I is a large stone monolith found at the ancient Assyrian settlement of Nineveh, northern Iraq. Excavated by the British archaeologist Hormuzd Rassam in 1853, it is one of only two intact obelisks to survive from the Assyrian empire, the other being the Black Obelisk of Shalmaneser III. Both are now preserved in the British Museum. 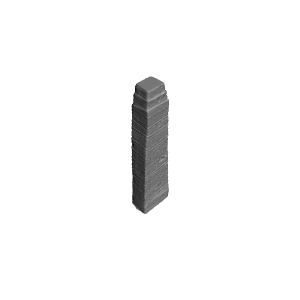 ×
2 collections where you can find The White Obelisk at The British Museum, London by Scan The World