3D
Scan The World
3,395 views 228 downloads
1 collection
Community Prints Add your picture
Be the first to share a picture of this printed object
0 comments

The wild boar of the Casino roundabout in Salies de Béarn A work of natural-sized bronze, realized by Guy Roux and melted in 1997 at the workshops Charles Bertoni in Mauléon. According to the legend, Salies-de-Béarn was discovered following a hunting party. A hunted wild boar would have escaped his pursuers. The wounded animal was found in a swamp a few days later, dying, the silks covered with crystals of salts. In a last breath of life, the boar would have declared to them in Bearn "If you nou eri mourt, arres n'bibéré": "If I were not dead, nobody would live there." It was thus that the men would have discovered the presence of salt water at Salies-de-Béarn and would have settled there. 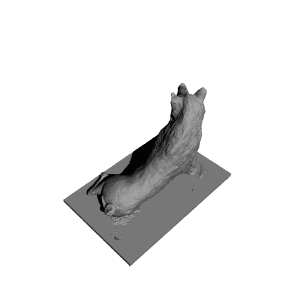 ×
1 collections where you can find The wild boar by Pattarrian