This medallion is an exact copy of that from the new game The Witcher 3: Wild Hunt 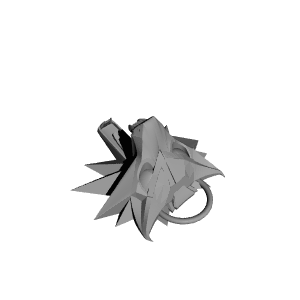 ×
51 collections where you can find The Witcher 3 - Wolf Head Talisman by Skeletonbolts
×
chris parks
@predawn sky
2
Posted at: 02nd July 2022

It will be better if the file doesn't have separate shells. Simplify 3D doesn't like it and made some gaps. But overall good job.

Amazing print, I plan to paint soon! It didn't have my printer lmao, it was printed on the Hictop Ender 2.

Printed for a friend to paint... turned out nice! I did try to print without supports but his teeth wouldn’t have it lol so ran it again with supports and it was awesome

Printed on my prusa i3 MK3. Came out great, with easy to remove supports. Using slic3r PE and Chris pretty PLA

Printed with Eryone White PLA at 0.2mm layer height. Awesome model. Can't wait to slap some paint on it.

Printed, primed & chromed, black washed, final detailing including dry-brushing, highlighting, and detailing. The print was about 3 hours, plus another couple hours to detail.