3D
Scan The World
1,748 views 117 downloads
Community Prints Add your picture
Be the first to share a picture of this printed object
0 comments

This mask was found to the west of the Stoa of Attalos, Athens. It depicts a middle-aged man with eyebrows meeting in the centre, wrinkled forehead and open mouth. This mask was used for tragedies. Great Greek tragedies inspired playwrights for centuries and set rules that were strictly followed until the 20th century. 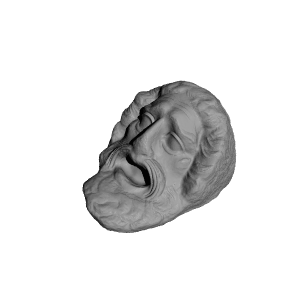