Theatre mask of a woman

3D
Scan The World
1,205 views 54 downloads
Community Prints Add your picture
Be the first to share a picture of this printed object
0 comments

Theatre mask of a woman

This mask was found to the west of the Stoa of Attalos, Athens. The mask is carved in relief in a very thick slab of stone. It depicts the type of the young woman or courtesan of New Comedy as she has luxuriant hair and wears earrings. The New Comedy is the third and last period of Ancient Greek Comedy: it is comparable to situation comedy and comedy of manners. For the first time, love became a principal element in the drama. The New Comedy depicted Athenian society and the social morality of the period, presenting it in attractive colours but making no attempt to criticize or improve it. 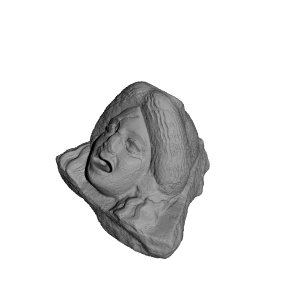