3D
Scan The World
1,119 views 49 downloads
Community Prints Add your picture
Be the first to share a picture of this printed object
0 comments

The hairstyle, which has no known equivalent, resembles that of a Byzantine bust of a young woman in the Metropolitan Museum of Art in New York. The only truly comparable work. The marble is from the Pyreness, proving that not only was the Chiragan villa still active during this late period, but it still represented a prestigious venue at whose behest the best workshops, coming from Italy, continued to produce official portraits. 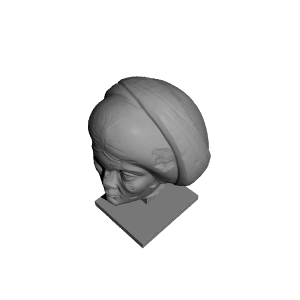