Theseus and the Minotaur at the Jardin des Tuileries, Paris

3D
Scan The World
6,170 views 587 downloads
3 collections
Community Prints Add your picture
Be the first to share a picture of this printed object
0 comments

Theseus and the Minotaur at the Jardin des Tuileries, Paris

The Minotaur is, in Greek mythology, a fabulous monster with the body of a man and the head of a taureau or half-man and half-taureau. Born of love Pasiphae and a white bull sent by Poseidon, the Titan Hyperion and down, he was imprisoned by King Minos in the labyrinth, in the center of Crete, which was built specially by Daedalus so it can not escape and that no one discovers his existence. In ancient texts, the minotaur also bears the name of Asterius or Asterion, named after the king of Crete who had entrusted Zeus Minos, fruit of its union with Europe. The Minotaur was eventually killed by Theseus, son of Aegeus, with the help of Ariadne. 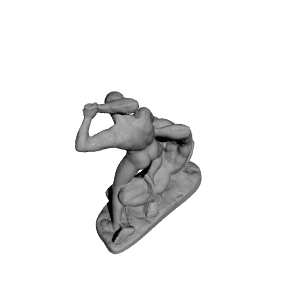 ×
3 collections where you can find Theseus and the Minotaur at the Jardin des Tuileries, Paris by Scan The World