Theseus and the Minotaur

3D
Scan The World
8,769 views 620 downloads
2 collections
Community Prints Add your picture
Be the first to share a picture of this printed object
1 comments

Theseus and the Minotaur

The Scottish painter, archaeologist and dealer, Gavin Hamilton (1723-1798), who was a friend of Canova, advised that he should portray Theseus and the Minotaur after their struggle. He considered that Canova would gain more favour and critical acclaim if he were to create a static group rather than a violent one. The sculpture did indeed receive widespread acclaim, and helped establish Canova's reputation as the leading European sculptor of his day. 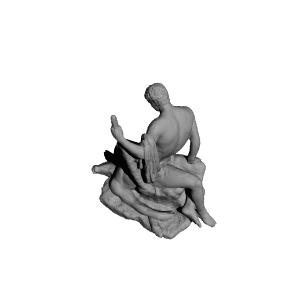