3D
Scan The World
3,480 views 274 downloads
3 collections
Community Prints Add your picture
Be the first to share a picture of this printed object
0 comments

The Greek hero Theseus killed the centaur Biénor, a creature half-human half-horse, during the battle against their neighbours, the Lapiths. Barye created a group of great dynamism of the entangled bodies of the two fighters. The desperate resistance of the centaur in contrast to the calm stance of the hero. 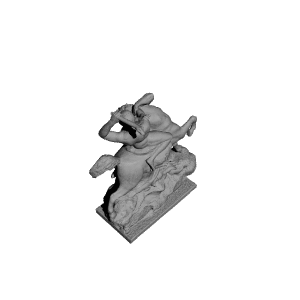