3D
Scan The World
2,998 views 130 downloads
Community Prints Add your picture
Be the first to share a picture of this printed object
0 comments

Oriel Ross was the daughter of a clergyman from Oxfordshire, who lived as part of Jacob Epstein’s bohemian house, which included wife, mistress, children, models and followers, in Guildford Street, London, for several months in the mid-1920s. Ross was an actress, originally trained at the Royal College of Music. She starred as Isolda in the 1938 television film of Tristan and Isolda, appeared on Broadway in New York, and was a member of the Old Vic Company. 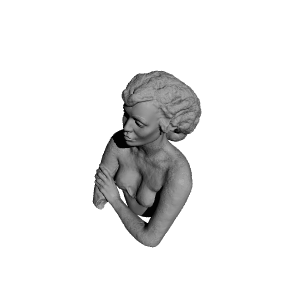