3D
Scan The World
3,668 views 125 downloads
Community Prints Add your picture
Be the first to share a picture of this printed object
0 comments

Thomas Ryan (1851-1928) was an orphan of Irish origin. After arriving in New York, he became a member of the stock exchange in his early twenties and subsequently a very successful businessman with coal mines, railroad companies, tobacco interests, and insurance. He became a multimillionaire. He was almost certainly introduced to Rodin by the Duchesse de Choiseul (Museum nos. A.45 and A.46-1914) in 1908 and played a major role in promoting his work in the USA. In 1910 he financed the purchase of ten of Rodin's works for the Metropolitan Museum, New York, which became the core of their Rodin collection, displayed in the new Rodin Gallery there in 1912 alongside small plasters and a bronze cast of the bust of Ryan which Rodin had presented to the Museum the previous year.

Ryan sat for his portrait at the Hôtel Biron (now the Musée Rodin) in 1909, shortly after Rodin had rented studio space there. As neither spoke the other's language, the sittings were conducted in silence. Rodin's portrait captures the strength of Ryan's character as well as his physical power - he was broad-shouldered and over six feet tall. Versions in bronze, silver and marble were made for Ryan's own collection, all of them delivered by 1910. This bust, closely related to the one in New York, was given to the V&A by Rodin in 1914. 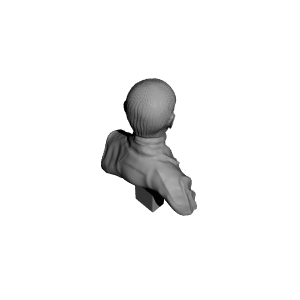 ×
0 collections where you can find Thomas Fortune Ryan by vam