3D
Scan The World
2,518 views 139 downloads
1 collection
Community Prints Add your picture
Be the first to share a picture of this printed object
0 comments

Ancient Egyptians had a complex society, prospered in the arts, and advanced scientific practices. They also developed sophisticated systems of measuring and writing. The god Thoth, depicted here with the head of an ibis—and shown in a nearby case in the form of a baboon—was revered as the god of knowledge, mathematics, and the sciences. He was also considered the scribe to the gods, recording the outcomes of the weighing of the hearts of the deceased, a ritual performed by the god Anubis in a spiritual realm, that determined whether or not the person was worthy of the afterlife. 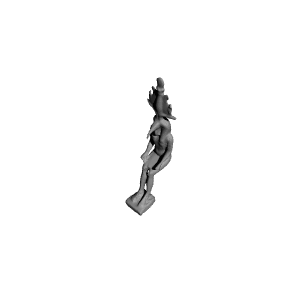 ×
1 collections where you can find Thoth by artsMIA