3D
360°
Scan The World
2,711 views 187 downloads
Community Prints Add your picture
Be the first to share a picture of this printed object
0 comments

Born to Tiberius Claudius Nero and Livia Drusilla in a Claudian family, he was given the personal name Tiberius Claudius Nero. His mother divorced Nero and married Octavian—later to ascend to Emperor as Augustus—who officially became his stepfather. Tiberius would later marry Augustus' daughter (from his marriage to Scribonia), Julia the Elder, and even later be adopted by Augustus. Through the adoption, he officially became a Julian, assuming the name Tiberius Julius Caesar. The emperors after Tiberius would continue this blended dynasty of both families for the following thirty years; historians have named it the Julio-Claudian dynasty. His relationship to the other emperors of this dynasty was as follows: he was the stepson of Augustus, grand-uncle of Caligula, paternal uncle of Claudius, and great-grand uncle of Nero. Tiberius' 22-and-a-half-year reign would be the longest after that of Augustus until that of Antoninus Pius, who surpassed his reign by a few months.

Tiberius was one of the greatest Roman generals; his conquest of Pannonia, Dalmatia, Raetia, and (temporarily) parts of Germania, laid the foundations for the northern frontier. Even so, he came to be remembered as a dark, reclusive and sombre ruler who never really desired to be emperor; Pliny the Elder called him "the gloomiest of men". After the death of his son Drusus Julius Caesar in 23 AD, Tiberius became more reclusive and aloof. In 26 AD he removed himself from Rome and left administration largely in the hands of his unscrupulous Praetorian prefects Lucius Aelius Sejanus and Quintus Naevius Sutorius Macro. When Tiberius died, he was succeeded by his grand-nephew and adopted grandson, Caligula. 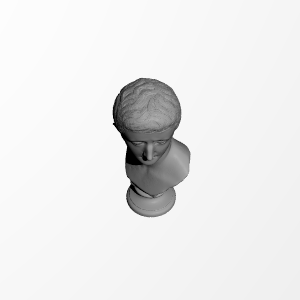 ×
0 collections where you can find Tiberius by Scan The World