Tiberius or a Gladiator

Tiberius or a Gladiator

This larger than life heroic nude originates from the late 2nd or early 3rd century. It was previously labelled as a gladiator, though the later-added head allows us to recognise the subject as Tiberius. Roman leaders would often depixt themselves as warriors to broadcast a further sense of their divine power. 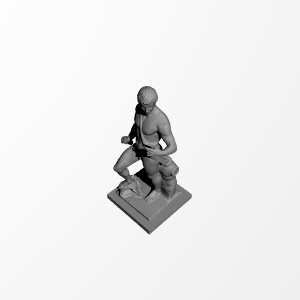