3D
Scan The World
2,176 views 73 downloads
Community Prints Add your picture
Be the first to share a picture of this printed object
0 comments

'...We have hope in the great and inspired men of the nation, who especially in these critical times in which the question of to be or not to be is treated, with all the manhood of an old Romanian, with all the unfaked resolution, and with the 'feather' and with the word and deed, supported and support the national cause, the cause of culture, in church, in school, in politics: who turned all their influence and position, and who have never spared any trouble, not spares, only and only to support this nation, with whose name they show off and whose language they speak'.

Timotei Cipariu (Romanian pronunciation: [timoˈtej t͡ʃiˈparju]; February 21, 1805, Pănade, Kis-Küküllő–September 3, 1887) was a Romanian cleric and academic. He was one of the founding members of the Romanian Academy. 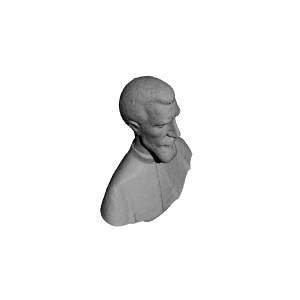 ×
0 collections where you can find Timotei Cipariu in Astra Park, Sibiu by apllana