3D
Scan The World
3,528 views 87 downloads
1 collection
Community Prints Add your picture
Be the first to share a picture of this printed object
0 comments

The Mesoamerican ballgame or tlachtli in Nahuatl was a sport with ritual connotations, played by the people of Columbia and Mesoamerica; it was practiced in daily life and for large religious celebrations. During the millennia of its existence, the sport had different versions in different places. A modern version of the game, ulama , is still being practiced in parts of Guatemala and Mexico. Apparently it acted as to resolve conflicts of various kinds: land claims, tax , trade controls and others.

The rules of the ballgame are not known, but judging by his descendant, ulama , were probably similar to racquetball, where the goal is to keep the ball in play, if the ball were to be dropped or put out of play it was an unforgivable act as it was a symbol of the sun.

The winner of the game was protected and supported by the gods. The losers on the other hand were usually slaughtered. The reason why this game was such a religious phenomenon was due to its symbolizm of 'Huitzilopchtli' beating his sister (the moon) to give the world sunrise. In the area of Monte Albán , the game was played at the floor of the court, the ball is hit with the hip, elbows and knees to pass the ball from one side to another. The walls inclined to the ends of the floor is covered with a thick mixture of lime to create a surface that returns the ball to the field. Generally the courts were at a lower level than other cities because it was a representation of the underworld.

The loser of the game would often be decapitated due to their failure to fight for their god. The bodies would be drained of their blood and served to the winners as a sacrificial gift. It is rumoured by historians that the skulls of the decapitated were used as balls for future games, though this is uncertain. 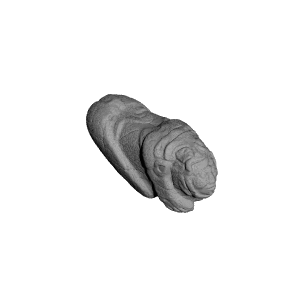 ×
1 collections where you can find Tlachtli player at San Cristobal De Las Casas, Mexico by Scan The World