This object was made in Tinkercad. https://www.tinkercad.com/things/j4D9jMZ4uKd

Tod is a kind robot from humble beginnings, and although his thoughts are not twisted, his arms, legs, torso, and head are. Tod was created by a man named Joe is his garage to help people all over the world.  Tod is able to untwist his legs shooting him in the air. He is also fireproof. He helps the fire department from his city put out fires and save civilians. When Tod gets home from a day of saving civilians Tod likes to plug in and charge, over a good book or a movie. On his days off he hangs out with his other robot friends, as they too talk about saving the world one civilian at a time. 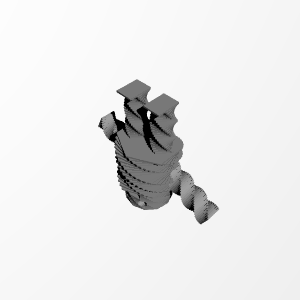 ×
0 collections where you can find Tod the Twister by Val1