3D
Scan The World
1,044 views 48 downloads
1 collection
Community Prints Add your picture
Be the first to share a picture of this printed object
0 comments

This funerary statue can be considered the figurative evidence of an ancient tradition, renowned among the ancient authors, which reserved patrician families the privilege of commissioning wax portraits of their ancestors. These portraits were kept in the house and "worn" during private and public ceremonies.

By holding his grandfather's (50-40 BC) and his father's (20-15 BC) portraits, the figure indicates his social status. The work can be dated to the last decade of the first century BC, while the head, which does not pertain to the statue, probably dates back to the mid-first century BC. 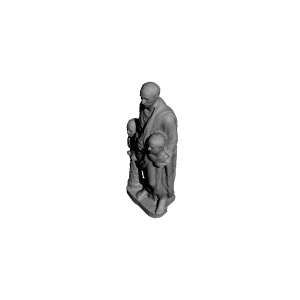