3D
9,018 views 530 downloads
6 collections
Community Prints Add your picture
Be the first to share a picture of this printed object
0 comments

Torbjorn is one of the 12 characters from Overwatch, a new game that Blizzard is launching probably between the end of this year and 2016(we are all still waiting the Beta, isn't?) :D

Given I'm a Blizzard dependant I decided to spend some time building this character entirely in Zbrush. When the model was finished I've also started to work on a articulated version of it to make a toy completely support free and adapted to be printed in one-go.

This version is the static figurine of it wit better details that I did during the first sculpt process.

A big thanks go to our post processing team for the nice painting, thanks!! 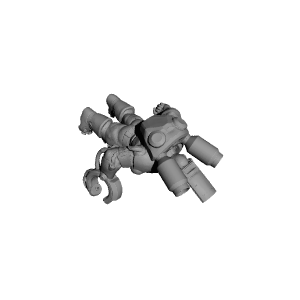 ×
6 collections where you can find Torbjorn Sculpt by 4theswarm