3D
Scan The World
5,561 views 552 downloads
4 collections
Community Prints Add your picture
Be the first to share a picture of this printed object
0 comments

Venus de Milo, is an ancient Greek statue and one of the most famous works of ancient Greek sculpture. It is believed to depict Aphrodite, the Greek goddess whose functions encompassed love, beauty, sex, fertility, prosperity and desire. In Roman mythology, she was the mother of the Roman people through her son, Aeneas, who survived the fall of Troy and fled to Italy. Julius Caesar claimed her as his ancestor. Venus was central to many religious festivals, and was revered in Roman religion under numerous cult titles.

The Romans adapted the myths and iconography of her Greek counterpart Aphrodite for Roman art and Latin literature. In the later classical tradition of the West, Venus becomes one of the most widely referenced deities of Greco-Roman mythology as the embodiment of love and sexuality.

Printed by PRINT3Dforum.com Printing Services - Some support required. Other than that, pretty straightforward print. You may have to use raft if you use cold bed. 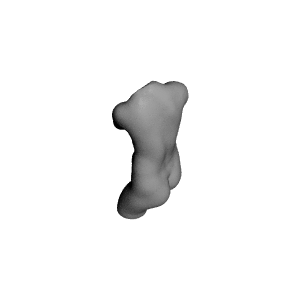 ×
4 collections where you can find Torso of Venus de MIlo at The Réunion des Musées Nationaux, Paris by RMN