3D
Scan The World
1,198 views 43 downloads
Community Prints Add your picture
Be the first to share a picture of this printed object
0 comments

This is a torso of the sculpture of lyre-player. Possibly, this statue depicts Orpheus, a legendary musician, poet, and prophet in ancient Greek religion and myth. Orpheus is often depicted with a lyre, which according to some legends was given to him by Apollo.

This statue was discovered in Potamia. 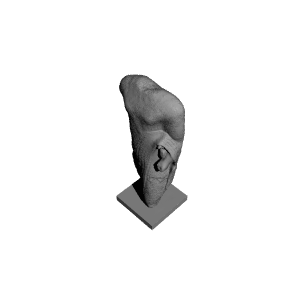