3D
Scan The World
2,050 views 152 downloads
3 collections
Community Prints Add your picture
Be the first to share a picture of this printed object
0 comments

This statue was found in the River Tiber near Rome, Italy, in 1744. It is meant to resemble the statue of the Capitoline Antinous in Rome, and it belongs to a series of ancient copies of the so-called Omphalos Apollo. The Greek original from around 460 BC is preserved in several copies, some of them have a related head type. 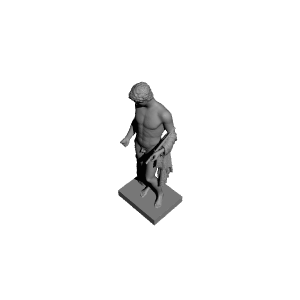