3D
Scan The World
4,766 views 102 downloads
1 collection
Community Prints Add your picture
Be the first to share a picture of this printed object
0 comments

This statue is a part of a pair. This is the torso of Theseus, the Minotaur being the other part of the pair. They were found in Athens, near St Demetrios Katephoris in the Plaka.

These are Roman copies of an early Classical statue group by Myron, which represented Theseus' fight with the Minotaur and was erected on the Acropolis. 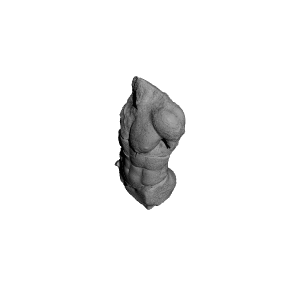