3D
Featured Scan The World
1,852 views 90 downloads
Community Prints Add your picture
Be the first to share a picture of this printed object
0 comments

Alexander Burganov's sculpture "Tower of the International' is a two-part composite, depicting a worker and a portrait of Emperor Nicholas. The composition was created for the Art Fund in 1967 as part of the exhibition of Moscow artists in honour of the 50th anniversary of the October revolution. The piece demonstrates the possibility of permament historical development as the tower coud be inverted, switching the two portrayed men and their importance. 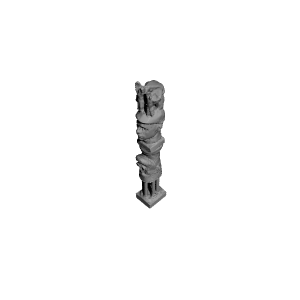