3D
Support Free Scan The World
3,128 views 258 downloads
Community Prints Add your picture
Be the first to share a picture of this printed object
0 comments

Trajan (18 September 53 – August 8, 117 AD) was Roman emperor from 98 AD until his death in 117 AD. Officially declared by the Senate optimus princeps ("the best ruler"), Trajan is remembered as a successful soldier-emperor who presided over the greatest military expansion in Roman history, leading the empire to attain its maximum territorial extent by the time of his death. He is also known for his philanthropic rule, overseeing extensive public building programs and implementing social welfare policies, which earned him his enduring reputation as the second of the Five Good Emperors who presided over an era of peace and prosperity in the Mediterranean world.

As part of his reign Trajan heavily colonized the ancient province of Dacia (now today part of Romania, Moldova, Bulgaria, Serbia, Ukraine, Hungary, Slovakia and Poland).  Many sculptures in Deva, Romania, will hold tribute to Emperor Trajan and other figureheads within the Dacian Wars, with influences from ancient Roman art and mythology, such as The Capitoline Wolf is a recurring motif. As Trajan is considered one of the most successful Roman emperors ever, many traditions from the time such as religion and language are still found in Romania to this day. 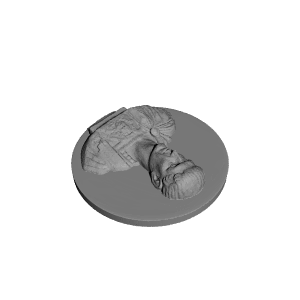 ×
0 collections where you can find Trajan Bas-relief in Cluj, Romania by apllana