3D
Scan The World
22,316 views 806 downloads
4 collections
Community Prints Add your picture
Be the first to share a picture of this printed object
7 comments

'Tree' was a large inflatable folly that was installed on the 19th October 2014 in Place Vendôme, Paris. Designed and created by Paul McCarthy, the large-scale art piece depicted a christmas tree to spread awareness of the soon approaching public holiday. It received mixed reviews because of its contemporary take on the standard christmas tree which it vaguely resembles in form; unfortunately a couple of days after it was presented to the public it was deflated and damaged by vandals; after the ordeal McCarthy refused to reinstall it and has since been removed from the square. Now all we're left with are the words of Monsieur le Président. “[France] would plunge into decline if it refused to be itself, if it was afraid of the future, afraid of the world," he added to AFP. Fortunately Scan The World had it produced so that you can download you own 'Tree' in miniature form! 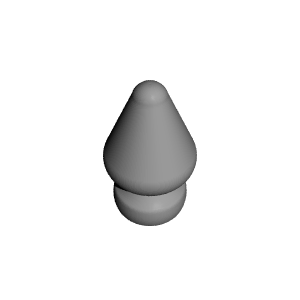 ×
4 collections where you can find Tree at the Place Vendôme, Paris by Scan The World