3D
1,867 views 95 downloads
Community Prints Add your picture
Be the first to share a picture of this printed object
0 comments

CAUTION!, read carefully the documentation.
The Tronxy X3 printer needed to be modified in order to work properly because originally the alluminium heating block is inside the fan case. This is leading to several temperature problems: block not reaching the proper temp to melt filament and heatsink not cooling the filament due to the transmission of the heat via hot air and via throat... Those problems were solved as described in the document and in add you have a stl file with a creation of my own wich is a layer cooler called TRONRECOGNIZER because of its shape... It seems the flying machine of the film and in add, it almos coincide in name with the brand TRONxy ;-)

Hope you like it and that you find useful the entire document. Thanks for reading/downloading.

0.2 resolution and 20% or more infill. Use raft and supports. 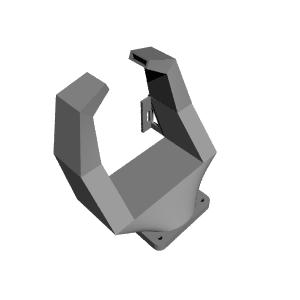