3D
10,944 views 2,598 downloads
10 collections
Community Prints Add your picture
Be the first to share a picture of this printed object
0 comments

Tweety (Tweety Bird) is an animated fictional yellow canary in the Warner Bros. Looney Tunes and Merrie Melodies series of animated cartoons. The name "Tweety" is a play on words, as it originally meant "sweetie", along with "tweet" being a typical English onomatopoeia for the sounds of birds. His characteristics are based on Red Skelton's famous "Mean Widdle Kid." Tweety appeared in 47 cartoons in the golden age. 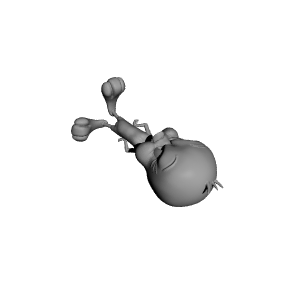 ×
10 collections where you can find Tweety Bird by suhailsheikh001