3D
Scan The World
1,913 views 87 downloads
Community Prints Add your picture
Be the first to share a picture of this printed object
0 comments

This relief is depicting a battle scene. It is from the palace of Sargon 2 at Dur-Sharrukin (present day Khorsabad). Sargon II ruled from 722 to 705 BC. In 717, Sargon ordered the construction of a new palace-city at the confluence of the Tigris and the Greater Zab rivers. The demands for timber and other materials and craftsmen, who came from as far as coastal Phoenicia, are documented in contemporary Assyrian letters. The debts of construction workers were nullified in order to attract a sufficient labour force. The land in the environs of the town was taken under cultivation, and olive groves were planted to increase Assyria's deficient oil-production. The great city was entirely built in the decade preceding 706 BC, when the court moved to Dur-Sharrukin, although it was not completely finished yet. Sargon was killed during a battle in 705. After his unexpected death his son and successor Sennacherib abandoned the project, and relocated the capital with its administration to the city of Nineveh, 20 km south. The city was never completed and it was finally abandoned a century later when the Assyrian empire fell. This relief is depicting a battle scene 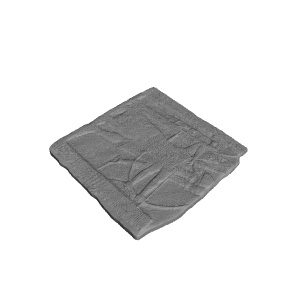