3D
Scan The World
1,433 views 33 downloads
Community Prints Add your picture
Be the first to share a picture of this printed object
0 comments

Tyche (English /ˈtaɪki/; from Greek: Τύχη, meaning "luck"; Roman equivalent: Fortuna) was the presiding tutelary deity that governed the fortune and prosperity of a city, its destiny. She is the daughter of Aphrodite and Zeus or Hermes.

In literature, she might be given various genealogies, as a daughter of Hermes and Aphrodite, or considered as one of the Oceanids, daughters of Oceanus and Tethys, or of Zeus. She was connected with Nemesis and Agathos Daimon ("good spirit").

The Greek historian Polybius believed that when no cause can be discovered to events such as floods, droughts, frosts or even in politics, then the cause of these events may be fairly attributed to Tyche. 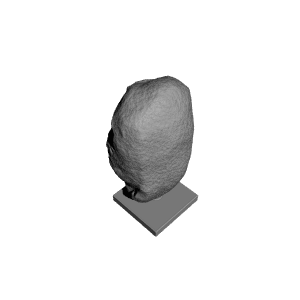 ×
0 collections where you can find Tyche at The Musée des Beaux-Arts, Lyon by Scan The World