Tympanum with the Ascension

3D
Scan The World
1,199 views 74 downloads
Community Prints Add your picture
Be the first to share a picture of this printed object
0 comments

Tympanum with the Ascension

This is a marble tympanum with the relief depicting the Ascension scene.

The figure style of this relief, particularly the apostles' heads and the awkwardly twisting postures of the angels, shows Romanesque conventions continued to flourish in the early 13th century Cyprus. It would have been set above a church doorway.

This tympanum was discovered in Larnaka, Cyprus 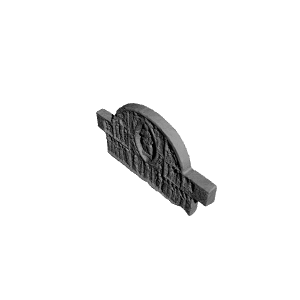