3D
Scan The World
2,928 views 110 downloads
1 collection
Community Prints Add your picture
Be the first to share a picture of this printed object
0 comments

One North Wacker, formerly UBS Tower is a 50-story, 199 m (653 ft) skyscraper at One North Wacker Drive in Chicago, Illinois. Construction began in 1999 and was completed in the spring of 2002 with the designs of Lohan Associates (now Goettsch Partners) and developer, John Buck Company to accommodate the needs of UBS groups such as UBS Warburg, UBS PaineWebber, UBS Global Asset Management and UBS O’Connor in a single building. The UBS Tower was the first large multi-tenant tower to be constructed in Chicago for 6 years since 1993. The tower's most eye-catching feature is its main lobby. The lobby's glass wall was a first in the United States. The 40-foot (12 m) wall was made out of 5'x5' glass panes attached to a system of medallions and cable. This cable system was tested at pressures above 150 psf, or a wind speed of nearly 250 mph. The glass itself is also noteworthy- an optical interference anti-reflective glass (designed by Schott AG) with an unusually low surface reflectivity of 1% is used. This imbues the lobby with an almost transparent appearance. Exterior landscaping was designed by the Berkeley, Calif.-based firm, Peter Walker and Partners Landscape Architecture Inc.

Enclos, a facade engineering and curtain wall design company, designed and installed the first ever cable net glass wall in the United States at the lobby area of One North Wacker in downtown Chicago. The cable net strategy developed effectively minimized the sightlines of the steel support structure supporting the glass, allowing architect Goettsch Partners to achieve maximum transparency with a series of 15 meter glass facades that wrap the perimeter of the lobby space in over 1,500 square meters of glass. With 1,754,000 sq ft (163,000 m2) of floorspace, UBS Tower's rents are among the highest per square foot of any building in the Chicago Metropolitan Area at an average of over $25 per square foot on a triple net basis, grossing up to over $40 per square foot. The building amenities also include a two story underground garage for senior executives, One North Kitchen and Bar, a Conference Center, Fitness Center and Convenience Store. The building also has a cafeteria on the 30th floor, which serves a range of traditional and contemporary American cuisine as well as other cuisine featured from around the world on a rotating basis. 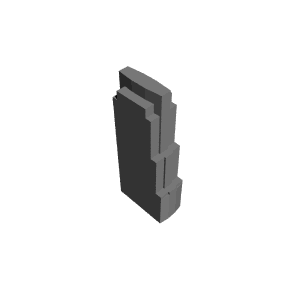 ×
1 collections where you can find UBS Tower in Chicago, Illinois by jkurstin22