3D
4,652 views 113 downloads
Community Prints Add your picture
Be the first to share a picture of this printed object
0 comments

Here is a pendent featuring the seal of Yaroslav the Wise, which used a stylized version of the Ukranian trident design. There are many examples of it used on ceramics, weapons, rings, medallions, seals, and manuscripts. Yaroslav the Wise was the Grand Prince of Kiev since 1016 until his death in 1054 (with break in 1018-1019). As many historians believe, under Yaroslav Kievan Rus reached a peak of its cultural bloom and military power. 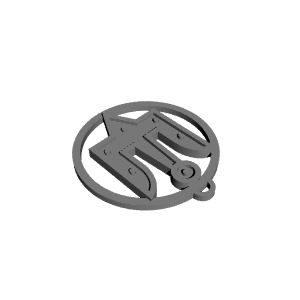