Unfinished group of Dionysos and a Satyr

3D
Scan The World
1,534 views 67 downloads
3 collections
Community Prints Add your picture
Be the first to share a picture of this printed object
0 comments

Unfinished group of Dionysos and a Satyr

Found outside the percinct of Olympieion, Athens. Dionysos, nude, with long tresses of hair hanging down to his breast, has a similar stance to that of the Apollon Lykeios. He has his left arm around the nude Satyr. The group was not completed and the figures are worked mainly on the front and sides. 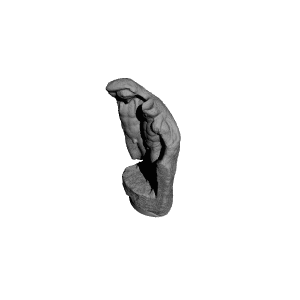