Unfinished Sculpture of a Prisoner for the Pope Julius II (3)

3D
Scan The World
3,222 views 157 downloads
2 collections
Community Prints Add your picture
Be the first to share a picture of this printed object
0 comments

Unfinished Sculpture of a Prisoner for the Pope Julius II (3)

Pope Julius II (1443 – 1513), nicknamed "The Fearsome Pope" and "The Warrior Pope", born Giuliano della Rovere, was Pope from 1 November 1503 to his death in 1513. His papacy was marked by an active foreign policy, ambitious building projects, and patronage for the arts — he commissioned the destruction and rebuilding of St. Peter's Basilica, plus Michelangelo's decoration of the ceiling of the Sistine Chapel. In addition to an active military policy, he personally led troops into battle on at least two occasions. 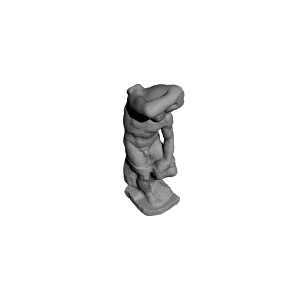