3D
360°
Scan The World
1,622 views 99 downloads
3 collections
Community Prints Add your picture
Be the first to share a picture of this printed object
0 comments

Lycurgus was the quasi-legendary lawgiver of Sparta who established the military-oriented reformation of Spartan society in accordance with the Oracle of Apollo at Delphi. All his reforms promoted the three spartan virtues: equality (among citizens), military fitness, and austerity.

He is referred to by ancient historians and philosophers Herodotus, Xenophon, Plato, Polybius, Plutarch, and Epictetus. It is not clear if Lycurgus was an actual historical figure; however, many ancient historians believed that he instituted the communalistic and militaristic reforms – most notably the Great Rhetra – which transformed Spartan society. 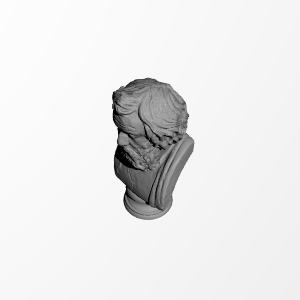 ×
3 collections where you can find Unidentified portrait, the so-called Lycurgus by Scan The World