Many works by Bourdelle can be seen in the Musée Bourdelle. From 1922 to 1923 he worked on La Vierge à l’offrande and completed the maquette for La France. He also completed La Naissance d’Aphrodite for the Marseille Opera House. In 1925 he exhibited at the Exposition Internationale des Arts décoratifs showing Sappho, Le Livre and Masque de Bourdelle in the Pavillon du Livre. In 1926 he finally saw his Alvéar monument inaugurated after 10 years of work and a version of La France was exhibited at the Salon des Tuileries. In 1928 a retrospective exhibition celebrated the inauguration of the Brussels Palais des Beaux-Arts. In 1929, the year of his death saw the Monument to Adam Mickiewicz inaugurated. Bourdelle died on the 1st of October 1929 at Vésinet. In 1931 there was a great retrospective of Bourdelle's work at the Paris Orangerie. 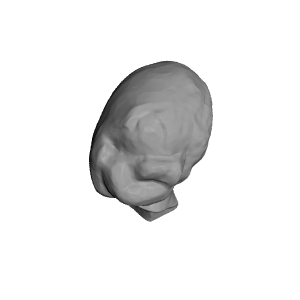 ×
0 collections where you can find Unknown by Scan The World