3D
Scan The World
2,482 views 77 downloads
Community Prints Add your picture
Be the first to share a picture of this printed object
0 comments

Limestone bust from a Palmyrene funerary relief; carved in relief with a beardless man wearing toga; in left hand on index finger he has a ring; he carries a leaf rather like a fern (or a feather); emphasis laid on flesh of neck. 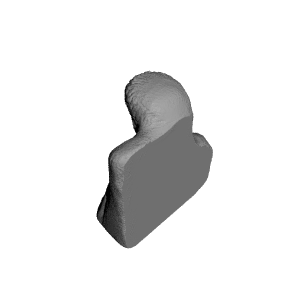 ×
0 collections where you can find Unnamed young man at The British Museum, London by Scan The World