Upper part of a statue of Tashereteneset at The British Museum, London

3D
Scan The World
2,962 views 167 downloads
1 collection
Community Prints Add your picture
Be the first to share a picture of this printed object
0 comments

Upper part of a statue of Tashereteneset at The British Museum, London

The inscription on the back pillar indicates that Tashereteneset was the mother of a king, but his name has been erased. He was probably Amasis (Ahmose II), a general who overthrew king Apries in 570 BC and reigned until 526 BC. Monuments bearing his name may have been deliberately damaged by the Persian rulers who took control of Egypt a year after his death. Tashereteneset wears a modius, a circular crown of cobras. This particular Granodiorite sculpture was made in the Twendy-sixth Dynasty, circa 560 BC. 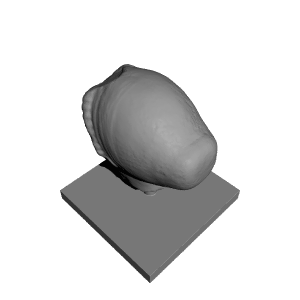 ×
1 collections where you can find Upper part of a statue of Tashereteneset at The British Museum, London by Scan The World