Urn of an Entruscan woman

3D
360°
1,439 views 52 downloads
Community Prints Add your picture
Be the first to share a picture of this printed object
0 comments

Urn of an Entruscan woman

Etruscan culture was a fusion. It mixed ethnicity and non-Indo-European language from Asia Minor with ancient Italian lines. People wore boots with turned-up toes like the Hittites and Hurrians. Their art was influenced by Crete, Phoenicians, Cypriots, and Greeks. Its paintings followed the Kemetic gendering convention, by way of Crete and Greece, of red-brown men and lightskinned women. Etruscan tombs included neo-megalithic elements related to Corsica and Sardinia. Temples had smooth painted columns modeled on Cretan and Mycenaean precedents, while other elements aligned with contemporary Greece and the extensive terracotta rooftop figures were unique to Etruria. 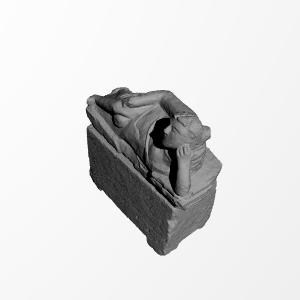 ×
0 collections where you can find Urn of an Entruscan woman by artsomnia.art