Ursula the Sea Witch is a fictional character and the main antagonist from Walt Disney Pictures' 28th animated film The Little Mermaid (1989). She is voiced by Pat Carroll, who also provides her vocals for all the canonical animated media. Ursula is based on the "Sea witch/sorceress" character in Hans Christian Andersen's story "The Little Mermaid". In the original story the sea witch is a neutral enabler, but for Disney's adaptation, the character was modified into a full-fledged antagonist and plays a larger role in the overall story. 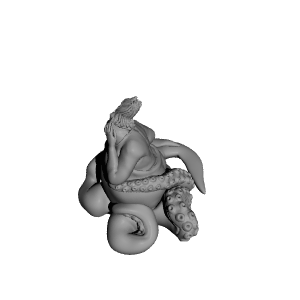 ×
17 collections where you can find Ursula - The Little Mermaid by twiesner
×
Tanya Wiesner
@twiesner
21
Posted at: 10th June 2015

Printed with a layer height of 0.2 mm and a 10% infill. Painted with Apple Barrel and FolkArt acrylic paints.