3D
6,746 views 576 downloads
5 collections
Community Prints Add your picture
Be the first to share a picture of this printed object
0 comments

Sniper and Medic. Two jobs that normally don’t show up on the same résumé. Then again, Val doesn’t apply for just any type of position. Her Armor-Piercing Sniper Rifle and Hunter-healing Medgun are the perfect qualifications for someone stalking prey the size of a small asteroid. 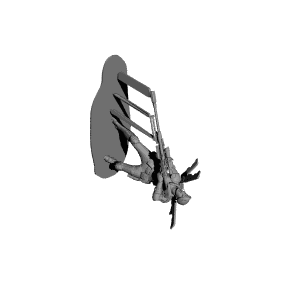 ×
5 collections where you can find Val from Evolve by MyMiniFactory