3D
4,741 views 197 downloads
Community Prints Add your picture
Be the first to share a picture of this printed object
2 comments

Badge of Valencia FC from LFP in Spain!!!

Print it in two colours!!!

Valencia Club de Fútbol are a Spanish football club based in Valencia. They play in La Liga and are one of the most successful and biggest clubs in Spanish football and European football. Valencia have won six La Liga titles, seven Copa del Rey trophies, two Fairs Cups (which was the predecessor to the UEFA Cup), one UEFA Cup, one UEFA Cup Winners' Cup, and two UEFA Super Cups. They also reached two UEFA Champions League finals in a row, losing to La Liga rivals Real Madrid in 2000 and then to German club Bayern Munich on penalties after a 1–1 draw in 2001. Valencia were also members of the G-14 group of leading European football clubs. In total, Valencia have reached seven major European finals, winning four of them. In the all-time La Liga table, Valencia is in third position behind Real Madrid and FC Barcelona. In terms of continental titles, Valencia is again the third-most successful behind the two. 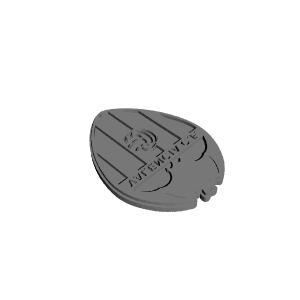