3D
4,104 views 123 downloads
1 collection
Community Prints Add your picture
Be the first to share a picture of this printed object
1 comments

The Vancouver Canucks are a professional ice hockey team based in Vancouver, British Columbia, Canada. They are members of the Pacific Division of the Western Conference of the National Hockey League (NHL). The Canucks play their home games at Rogers Arena, formerly known as General Motors Place, which has a capacity of 18,860. Henrik Sedin is currently the captain of the team and Willie Desjardins is the head coach. 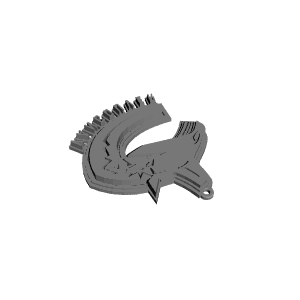