Vase in the form of a river God at The British Museum, London

3D
Scan The World
2,798 views 161 downloads
Community Prints Add your picture
Be the first to share a picture of this printed object
0 comments

Vase in the form of a river God at The British Museum, London

Hapi was the god of the annual flooding of the Nile in ancient Egyptian religion. The flood deposited rich silt (fertile soil) on the river's banks, allowing the Egyptians to grow crops. Hapi was greatly celebrated among the Egyptians. Some of the titles of Hapi were, Lord of the Fish and Birds of the Marshesand Lord of the River Bringing Vegetation. Hapi is typically depicted as an intersex person with a large belly and pendulous breasts, wearing a loincloth and ceremonial false beard.

It is quite strong model so there is no risk to brake any part when it is cleaning the supports. Enjoy your print. 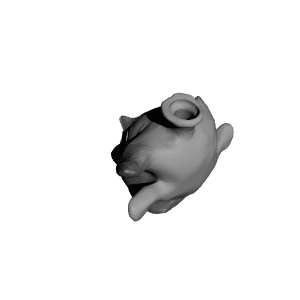 ×
0 collections where you can find Vase in the form of a river God at The British Museum, London by Scan The World